Recently the Internet has been abuzz with the announcement that Facebook will soon be adopting Twitter’s signature hashtag feature. Already embraced by networks such as Instagram, Tumblr, and Google+, many see this as a big development and a statement on Twitter’s power. Others still are taking this moment to ask why hashtags matter?

First, a primer for those of you who’ve heard the term hashtag but are afraid to ask what it is. A hashtag is created by simply tagging a keyword in your tweet or post with the pound, number, or hash symbol (#) for easy social searching on networks like Twitter, where the feature first gained popularity.

Hashtags give users an easy way to group conversations. The feature has been used to promote regular sharing such as #FollowFriday. It’s also been employed as a tool for convening groups around specific topics of interest such as #Blogchat and #Brandchat. They’ve also been utilized by marketers as a means of integratating online and offline campaigns. It’s not uncommon to see hashtags out in the wild on billboards as well as in broadcast programming and commercials as a means of connecting brand conversations

So now that we’ve covered what hashtags are, let’s take a look at why we should care.

We often cite the 3 Cs of Digital Brand Building, noting that we build communities online through a combination of content and conversations.

While content takes the tangible form of blogs, eBooks, infographics, videos, podcasts, and more, conversations can be more nebulous and challenging for marketers to get their arms around. Enter the hashtag. This simple short-hand has become the go-to tool for businesses looking to build conversations around their brands.

The Social Habit study from Edison Research tells us that social media users are also watching a lot of daily television as well. And while the evening is also prime time for Facebook use, Nielsen tells us that a majority of those reporting second screen engagement via their tablet or mobile device are doing so through Twitter. Again, enter the hashtag.

Serving as a social signal, hashtags offer television content creators and advertisers with a tool for communicating to their audience how they can continue the conversation online. That’s why we see hashtags during our favorite TV shows (#CakeBoss!) and at the end of commercials. This enhanced digital reach and conversational value helps sell a more integrated TV experience to advertisers.

You can also flip this the other way and sell social advertising in the form of promoted tweets aligned with a particular hashtag. Recently, Gillette employed this strategy to connect their promotional conversations around the movie Man of Steel (#ManOfSteel), where they had built a campaign based on how Superman shaves his beard.

As you can imagine, this represents a compelling integrated advertising model and one that Facebook can’t afford to leave off the table — even if it means embracing the a feature associated with their rival network. 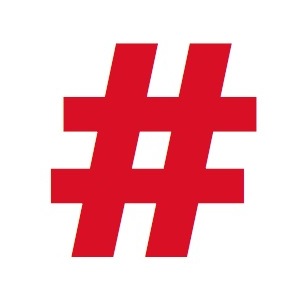 What Does This Mean?

When you consider that I included a definition of what hashtags are, one could make the case that they still aren’t widely accessible to those outside of the digerati. Most of us can even admit that, though we know people in the bubble who compose entire tweets of hashtags, we probably know more family members and co-workers who don’t know what hashtags are. This is where Facebook can help.

With a user base big enough to be the world’s third largest country and the highest adoption rate across all demographics, Facebook has the opportunity to elevate hashtag use to new heights, enhancing all of the previously noted promotional dynamics. While hashtags aren’t active on Facebook yet, I’m of the opinion that it doesn’t hurt to start using them. Social media purists will tell you not to use hashtags on networks that don’t acknowledge them, noting that it’s an elementary approach and a sign of excessive social automation.

However, I’ve long advocated for their use outside of accepting networks as it sends a conversational cue to your community. One could easily argue that the hashtags in TV commercials don’t really “work” either. What’s important is the message they send and the conversations they start.

How does your brand use hashtags to connect conversations online and off?