What began with Oreo’s now famous play during Super Bowl XLVII has become a real time marketing craze – a relentless pursuit by brands to capitalize on an engaged audience and maximize earned impressions.

While there have been many blunders and seemingly odd attempts by brands to create their own “Oreo moment,” some have managed to pull it off with more grace and reported success – we saw Skinny Girl Vodka’s Ladies In Red campaign during last year’s Oscar’s and more recently, during Super Bowl XLVIII when Esurance saved money by running their commercial after the game and then giving that money away via a contest on Twitter. 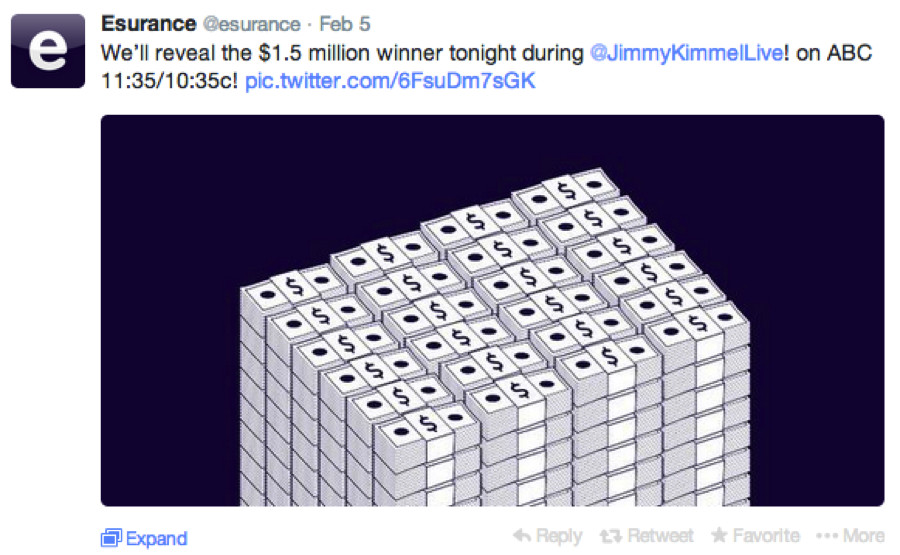 But … what is the end to the means?

While I can appreciate that brands are beginning to value social media to the extent that they are willing to pay to have their creative and legal teams standing by during live events, this is quite simply missing the point. It’s advertising mentality applied to a social platforms, which is shortsighted, at best.

With television advertising, brands have a 30-second spot to reach an audience of eyeballs. Then, it’s over. And that audience disburses until the next time you purchase that same demographic.

With social media, brands capture audience attention, and if they like you, they are in as a follower or fan. (Reportedly, Esurance grew its Twitter audience by 1100% as a result of their campaign.) In addition to impressions, brands are earning a social audience. This is a valuable gift, often unconsidered.

This is social media. The expectation here is that you’re planning to be social. That you’re willing to have and continue a conversation. That you have a story to tell.

This is something many brands struggle to maintain with even their loyal followers – it’s even more difficult if the size of your audience multiplies exponentially overnight and now consists of thousands who are not likely to purchase your product regardless of how interesting your graphics or how much money you are giving away.

Impressions are impressive, but they cannot stand alone. Without some thought to engagement strategy, goals and objectives, you’ll end up with nothing but a very impressive, yet precarious, house of cards.

@cloudspark Thanks for sharing. How'd your big event go today?