Exploring the History of the Maker's Mark Brand with Bill Samuels, Jr.

Exploring the History of the Maker’s Mark Brand with Bill Samuels, Jr. 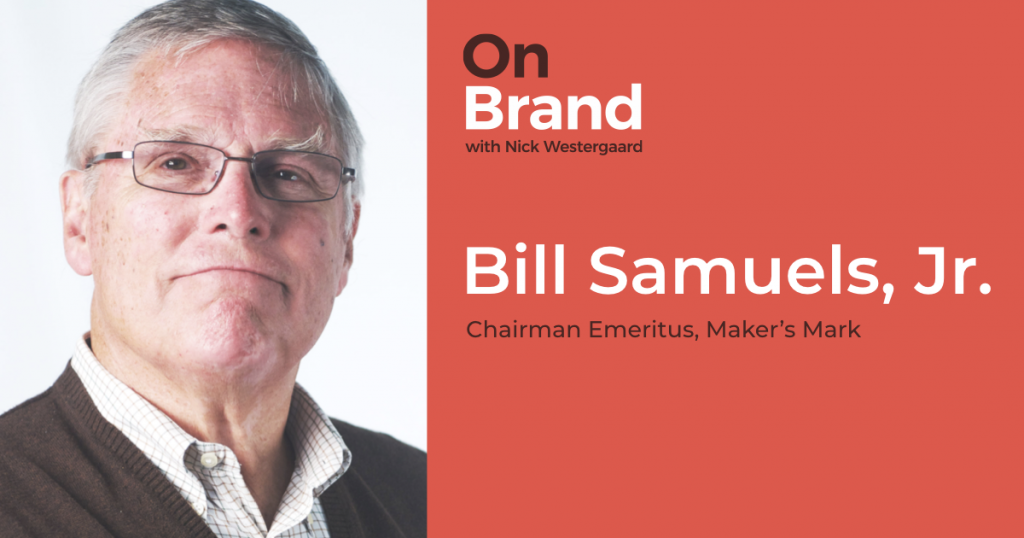 “For us, marketing meant polishing the apple. Not chasing people, letting them find you.” Over the past 59 years, quite a few people have found Maker’s Mark. The distinctive bourbon has grown from being the hobby of founder Bill Samuels, Sr. His son, Bill Samuels, Jr., led much of that growth. From their wax-dipped bottles to their brand ambassador program, Maker’s has built a brand as unique as their spirits. I couldn’t wait to discuss all of this and more with Bill on this week’s episode of the On Brand podcast.

Growing up on Distiller’s Row in Bardstown, Kentucky – son of Maker’s Mark Founder Bill Samuels, Sr. and godson of Jim Beam – Bill Samuels, Jr. has been an eyewitness to many milestones in bourbon history and has made history himself. As the current Chairman Emeritus of Maker’s Mark, Bill ran his family’s company for 35 years as President and CEO. Under his watchful eye, he followed his father’s stern but simple piece of advice for him: “don’t screw up the whisky,” which is the advice he passed on to his son Rob Samuels, Maker’s current COO.

Before passing on the torch in 2011, Bill left quite a legacy which included the introduction of Maker’s first new expression, Maker’s 46, the brand’s beloved Ambassador program, and more. Bill’s current role is perfectly suited for the very first Maker’s Mark Ambassador: travel around the world, introduce Maker’s Mark and Maker’s 46 to folks and share a story or two about all of the incredible history he’s been an eyewitness to. 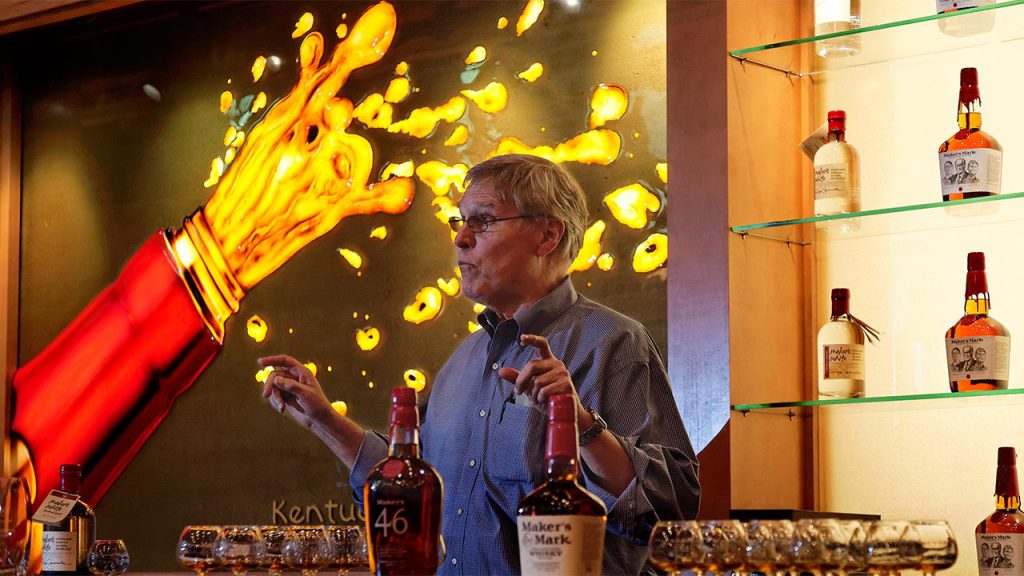 Commercializing a hobby sounds daunting. But that’s exactly what Bill Samuels, Jr. was charged with doing. His mandate was simple — “never compromise on the spirit.” Bill Samuels, Jr. had to carefully exploit this hobby.

“We hired an agency not to do advertising.” What Bill and their agency partners did instead was building on the “discovery” process. “We didn’t want to sell something that people didn’t want to buy. It had to be something you heard about from a friend.”

What about those distinct dipped bottles? “Mom was a chemist and started playing around with wax.” As a patent attorney, Bill Samuels, Jr. patented the process, cementing the red wax drippings as a key brand touchpoint. 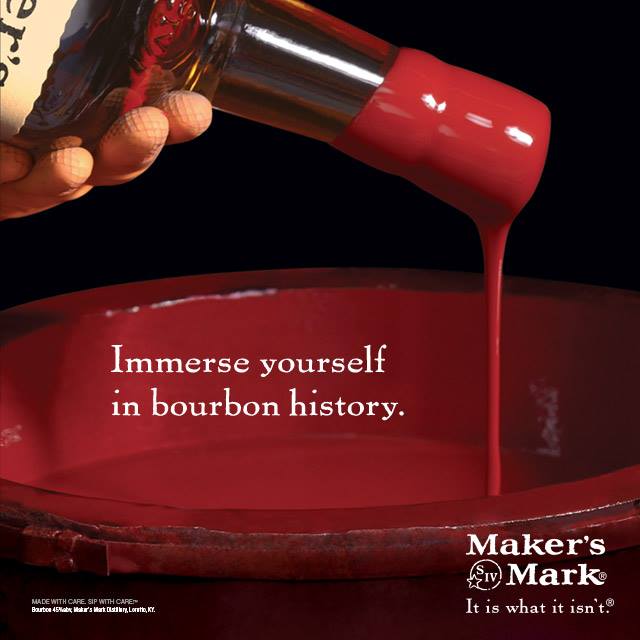 And the ambassador program? “That was the mother of necessity. All of our customers previously had been in Kentucky. All of a sudden a credible source praised our product — The Wall Street Journal. That was the moment we became a national brand. Everything we did with customers was personal — 1:1.” The ambassador program helped them identify and embrace those fans who “raised their hands.”

Another benefit to ambassadors … “It’s not a story you want to tell but every once in awhile you screw up.” Like when Maker’s thought the only way to answer demand was by reducing the proof the spirit. They communicated this to their ambassadors first and were met with immediate resistance. “It took Coke nine months to see what they did (with New Coke). We knew in two days.” They took immediate steps to reverse their decision, restoring the spirit to the delight of their fans. “We like to have fun with it, too.” That’s why Maker’s sends out gifts to ambassadors at the holidays.

What brand has made Bill smile recently? Bill reminded us about the story of the Kentucky Bourbon Trail, a collaborative effort between competitive distilleries that’s been a big hit with tourism in the state. “Don’t try to do it all in one day,” cautioned Bill.

Before we go, I want to flip the microphone around to our community …
Recently former guest Bruce Kennedy and Rogue Jess gave the podcast a shout. Thanks for listening!